Our lives have been made much easier ever since we’ve been using the Ripsaw Rotating Turbo Nozzle. We have been hydro-vacing for over ten years and have never found a nozzle that will cut the clay ground that we have here in Nebraska like the Ripsaw does. Before the Ripsaw, we were buying four to six nozzles a year because they would wear out or quit rotating. We have had the Ripsaw for over seven months now, and it is still working great. My employees have said that they are getting more done and using less water than ever before. No one should hesitate to buy the Ripsaw. 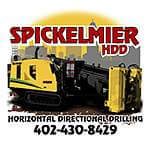